The Marketing Secrets Behind the 1st Polish App Development Company

Walt Disney, Nestle, Unilever, Giphy seem to have something in common, besides being world famous.

They worked with Droids On Roids, a Wroclaw app development company.

Pretty amazing I would say. Featured in Forbes’ “30 under 30” or Deloitte’s Fast Tech CEE 2017, the Droids on Roids are in very good shape.

We’ll try to find you the answers.

We’ll dwell into employer branding and marketing strategies to see what led Droids On Roids to build applications for world known brands.

Younger than most of the companies we’ve analyzed, the Droids On Roids managed to outsmart competitors and climb to Clutch tops.

What kind of energy fueled this evolution?

Droids On Roids - Short Overview of the App Development Company

"We call ourselves "Droids" because we enjoy being down to earth and straightforward with people. In this case, “Roids” is our passion for creating the best possible products for our Clients and that is why we might be the Droids On Roids you are looking for." - Wojciech Szwajkiewicz, CEO at Droids On Roids

But what do their clients say about the Droids on Roids? See next:

So, you wanna hang out with Nestle or Disney, or have lunch with Unilever?

Let’s see how these guys do it.

Back in 2017, there was only one person behind Droids on Roids marketing. By the end of the year, the team reached 4.

So, it seems that Kasia Ubysz, their Marketing Manager is really an inbound fan. This explains the search traffic representing almost 70% of the website’s overall monthly traffic (according to Semrush). And that’s really something.

We’ll go deeper in the topic in the following minutes, when we’ll reverse engineer the Droids on Roids marketing strategies.

Brand Awareness at the Droids on Roids

Since 95 percent of the people are imitators and only 5 percent initiators, people are persuaded more by the actions of others than by any proof we can offer ― Robert B. Cialdini, Influence: The Psychology of Persuasion

So, every company should make some buzz around it, via networking, events, in social media, awards. Anything that might enable positive word-of-mouth.

It’s no easy job, this one.

The Droids on Roids Awards

The company is the first mobile app developer in Poland as per Clutch.

Wojciech Szwajkiewicz and Tomasz Muter – CEO & Vice-President of Droids On Roids – are included on the prestigious “30 under 30” list announced in October 2017, in the Polish Forbes magazine.

Only two weeks later, the Droids On Roids were awarded by Deloitte: a proud 17 rank in the Technology Fast 50 Central Europe 2017.

The Droids on Roids Website and Conversion Rate Optimization

Services, technologies, case studies, portfolio, social proof - everything is there, surrounded by an eye-catching design.

But is the website answering potential clients’ basic questions?

What do you do?

Mobile & web app development. Building apps for the US and UK.

How can I trust you?

Here are my most important clients, their testimonials, the open source libraries we created and the awards received so far.

Via chat or asking for an estimation. In order to be more convincing, and increase their chances of conversion they are making a promise to the potential client: free estimation within 3 days.

They use pop-ups when the homepage visitor shows exit intent. The pop up leads the visitor to the blog, so they try to move the visitor down in the funnel, educate him.

Next, when trying to exit the blog, there’s another pop-up, trying to move the user from the awareness stage of the journey to the consideration one.

Regarding the conversion rate optimization, they have just installed Hotjar, so they intend to do usability testing for a better understanding of their website user behavior, and probably optimize around that.

It seems that Droids on Roids has experimented with marketing automation, first with Hubspot, and more recently with user.com

The Droids on Roids Traffic Acquisition

Just like the case of most of the B2B software companies, I'm suspecting direct traffic might be due to:

The technical themes are mainly covered by devs.

If we take a look at their top pages, we get this:

Earlier we just said that they are into mobile & web app development. Well, their most traffic comes via blog posts tackling android development.

The homepage also gets an important amount of traffic. That correlates with the 30%+ of direct website traffic.

And if we peek at their most important keywords:

So, they are really focused on their content strategy and it’s working well.

Case studies are also part of their content strategy.

The latest thing for Droids on Roids is the ebook on Flutter. Here's the lead magned they did:

It seems the ebook was a hit, as per this post:

So, they've got 1200 downloads, great reviews from Flutter responsibles inside Google and 1st global position for "Flutter pros and cons" and "apps made with Flutter". Great job, guys!

Moving on, the thing that caught my eye, as I haven’t seen it done by other software houses is a product design workshop:

When potential clients aren’t “warm” enough to sign the contract, the workshop might be the perfect way to introduce yourself to the client and let him taste a bit from the experience of working with you.

Looking good: do-follow backlinks from websites with domain rating above 70. The websites are technical or promoting jobs and events.

Keywords they bid on relate to mobile app development, which is consistent with their content strategy also.

But they seem they’ve taken on a new challenge: IoT.

As per the display ads, the positioning is original: a 4-person development team at the cost of max $15.6k. Or Mobiles Developers, Tester and Scrum Master: 3 for 1 price.

As we've already been used to, Facebook is mostly used for employer branding, and LinkedIn messaging is addressing mainly potential clients.

Facebook’s posts are headed mostly towards posing as a great employer, with a great team and office.

Because most of the posts are people-oriented, this might explain the engagement rate that is higher than for other software houses we’ve analyzed.

The Instagram account is clearly employer branding focused. This is the case for all the software houses we’ve analyzed so far.

It’s all about the:

On their Linkedin profile the Droids share jobs available, awards they’ve received, events they’ve been to or organized. So the focus goes both the client and the employee way.

The posts are happening around twice a month.

The blog articles are being promoted. A business should never miss a chance to discover new audiences for the blog content: be it social media, Medium, Dribbble, there’s nothing to lose.

The stories on Linkedin or Facebook are encountered on Twitter also, the messaging is being adapted to the specifics on each platform.

Unlike Monterail, the messaging here is not really client-oriented, it is mostly about employer branding.

The engaging on Dribbble is simply fantastic. They’re getting close to Netguru’s Dribbble stats.

They really know how to show off their design skills, be it android, iOS, front-end or product design.

I hope it didn’t go unnoticed.

This is one of my favorite Droids on Roids initiatives on the marketing side.

They’ve put a lot of work in developing open source libraries but it finally paid out.

I mean, who gets to say that they’ve impressed Facebook or Whatsapp?

This really brought value to the user and managed to exhibit a lot of development skills.

So, if you're doing this, make it stand out!

The Droids On Roids Community Involvement

These guys are really into networking, from organizing to hosting and sponsoring, they’re everywhere.

The droids are coming! They are pretty much everywhere, educating developers and designers during events such as:

No Glassdoor profile found, yet. There are some statements in one of their blog posts, but too biased to be reliable.

They’re looking to expand the team and they’re being open in terms of salary and perks.

They really love their office cool look and are using this as a magnet for future employees.

No sacrifice is enough to get the right dude/dudette for the job, they’re willing to cover relocation fees.

There is so much focus on employer branding because the right talent is hard to find, competition is fierce, the average tenure being around 2 years.

Now, what seems to be the success recipe for the Droids on Roids?

“Work hard, play hard” seems to be the secret of Droids On Roids.

But the story doesn’t end here, in Wroclaw.

We are aiming for a bigger picture. A picture where app development companies in Poznan, Wroclaw, Warsaw and Krakow are fighting for supremacy, where Netguru, Monterail, Droids on Roids and other knocking down barriers. 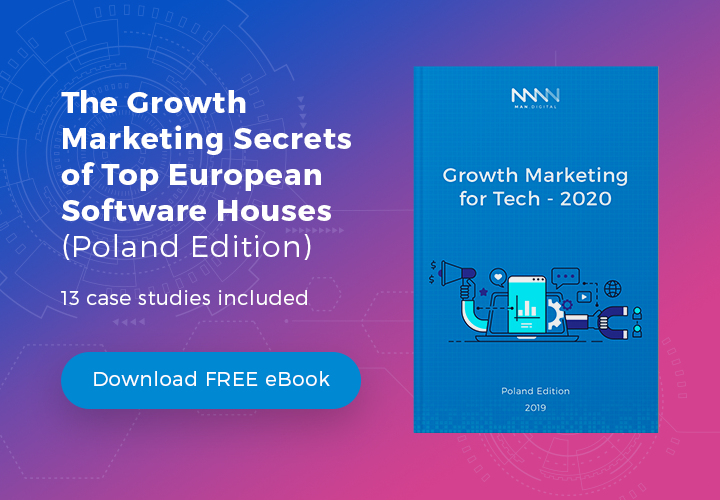 How To Run Account Based Selling For Your B2B Company [GUIDE]

Engaging Target Accounts Is Key to Pipeline Growth: Learn How to Do it Right

Signup for a newsletter 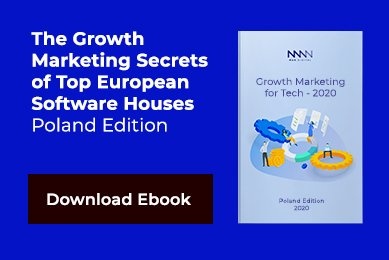